The number of UPI payment transactions is skyrocketing with every passing day in India. What started as India-specific payment methods has now crossed the Indian border and UPI is now also available outside India. We wouldn’t be wrong to call UPI a revolutionary fintech product. National Payments Corporation of India NPCI is the team behind UPI and the team has also developed the BHIM app, which is one of many UPI apps available in India.

During the Global Fintech Fest 2022, held on September 21, NPCI officially launched the UPI Lite. Simply put, UPI Lite is a virtual balance on the device or a wallet created by the user from the bank account. UPI Lite functionality is now available on the BHIM app and will be available on other apps. In this guide, we will look at all the details of UPI Lite, its features, how to set it up, how to use it, and much more.

What is UPI Lite?

Before we dive deeper, let’s understand what UPI Lite is. UPI Lite is part of UPI and works similar to how we’re used to UPI, but there are a few key changes. UPI Lite is an on-device wallet for frequent low-value transactions. This means that if you pay via UPI Lite, the money will not be debited directly from the bank like on UPI, instead the money will be debited from the wallet on the device, which a user adds when you enable create UPI Lite. Another change here is that you don’t need to enter the UPI PIN before making a payment.

Another important and probably the most important feature of UPI Lite. Those low value transactions we make for groceries, juices, cigarettes, snacks, etc. will not be printed on the passbook or will not be available on the statement. Ever since UPI went mainstream, one of the biggest complaints has always been the number of pages or booklets a user has to wade through to find important transactions. These many small value transactions add many problems when you apply for a loan or submit a statement as proof 一 to solve this problem, NPCI introduced UPI Lite. Only the money you add to your wallet from the bank will be shown on the passbook/password. UPI Lite is similar to how Paytm wallet works, but with UPI Lite you can use money from Lite wallet to scan and send to friends and merchants and also pay with this wallet for any UPI ID, unlike to the Paytm wallet. Once the UPI Lite option is activated, you can add up to 2000 rupees to the wallet and for any transaction below 200 rupees. You can make payment for wallet money using UPI ID, QR code or mobile number. The payout can be as low as Rs 1 and a maximum of Rs 200. Payments made through UPI Lite will be displayed in the transaction history of the BHIM app, but not on the passbook. 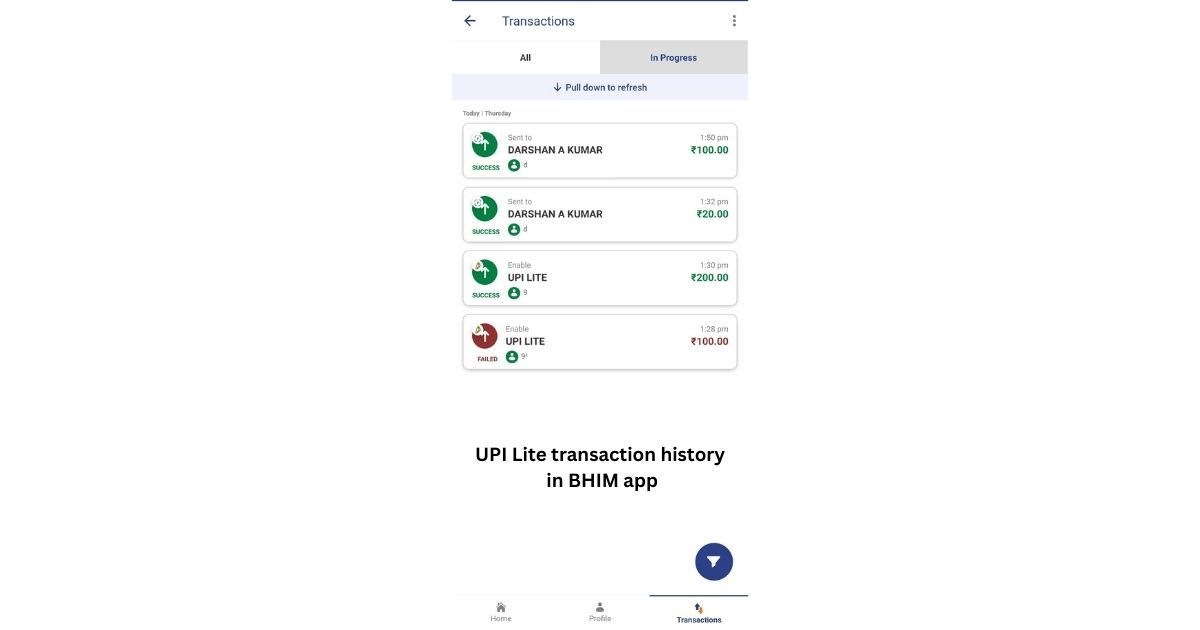 Whenever you pay less than Rs 200, the UPI Lite wallet automatically appears as an option to choose from. Although the UPI Lite feature does not ask you for a UPI PIN code before making a payment, this does not translate into less security. Although UPI Lite transactions do not require a UPI PIN, the BHIM app will ask for your authentication when you open the app. 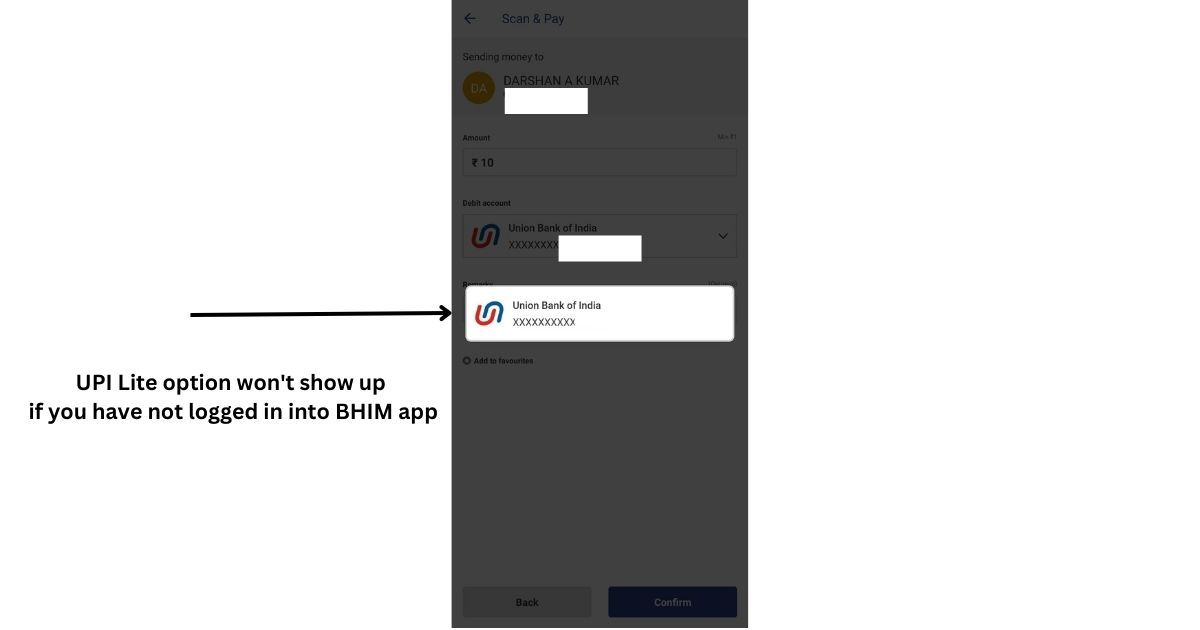 Also read: Google Pay: How to add or remove a credit or debit card in GPay

Just to check security, we tapped on the QR code scanner before entering the BHIM app pin and scanned the code, the UPI Lite wallet option didn’t show up because we didn’t logged into the BHIM app and instead we got the UPI only option.

To conclude, UPI Lite is very similar to wireless payments on credit and debit cards, where you can make payment up to Rs 2,000 without having to enter PIN code, but UPI Lite uses the wallet function of the device. This is all done for user convenience and with the wider deployment of UPI Lite to more applications, users should be able to take advantage of it.

Also read: Where is UPI ID: How to find UPI ID in Google Pay, PhonePe, Paytm?

How to configure UPI Lite on BHIM app?

Also read: PhonePe transaction limit per day: what is the maximum limit of money transfer or transaction amount per day on PhonePe

How to use UPI Lite on BHIM app

Once you have set up BHIM Lite, the next time you go out and need to make a UPI payment below Rs 2000, you can open the BHIM app, scan the QR code and pay directly from the UPI Lite wallet without entering your UPI PIN. .

To note: For UPI Lite, the current wallet balance will be displayed. 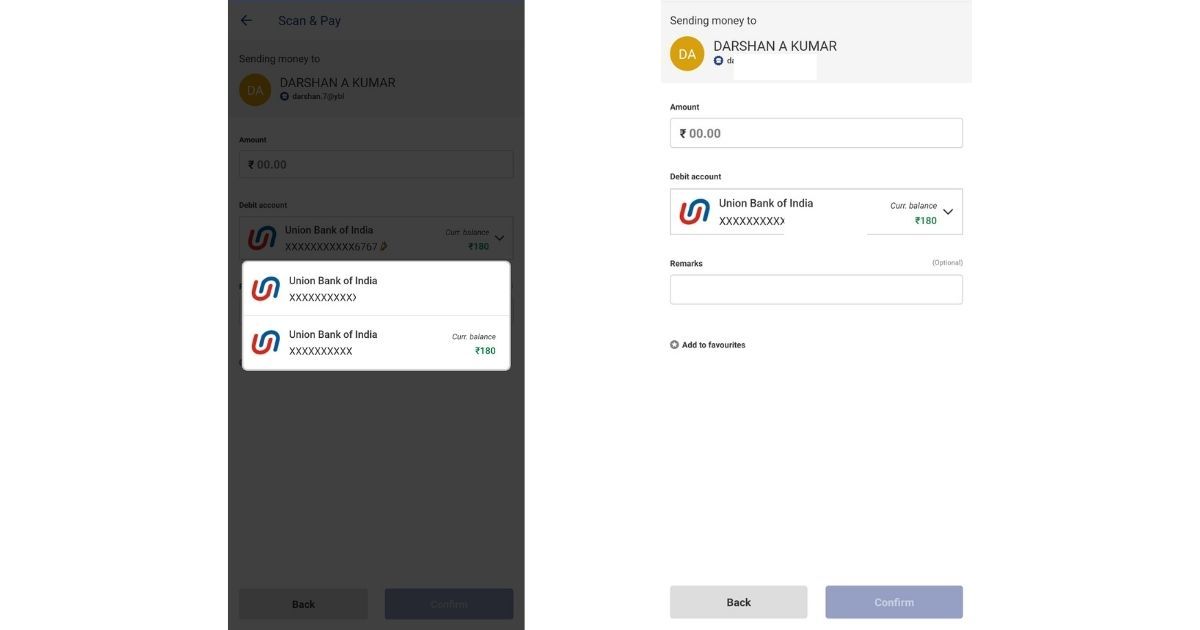 Also read: Google Pay UPI limit: what is the maximum limit of money transfer or transaction amount per day on GPay

Why should I choose UPI Lite?

UPI Lite allows you to pay up to Rs 200 without asking for UPI PIN and another advantage here is that these UPI Lite transactions will be displayed in the bank book. You can add up to Rs 2,000 to the UPI Lite Wallet. These three are the main reasons to upgrade to UPI Lite.

What is the upper limit for UPI Lite transactions?

The upper limit for UPI Lite transactions is Rs 200一, which means you can pay up to Rs 200 using the Lite version, the money will be debited from the UPI Lite wallet which can store up to Rs 2,000 .

Will UPI Lite work without internet?

No, UPI Lite, just like regular UPI, will require you to scan and pay, so having good internet connectivity is mandatory.

Since UPI Lite is available only in BHIM app, for now, you can use UPI Lite feature only on Android and iOS devices.

What are the fees for UPI Lite?

UPI Lite is free and you will not be charged any additional fees.

Is the UPI identifier safe to use?

Yes, it is safe to use UPI Lite. Apart from no UPI PIN, the BHIM app requires you to enter PIN or fingerprint authentication before opening the app or accessing sensitivity adjustment options.

As of September 2022, only the BHIM app offers UPI Lite functionality. More apps like Google Pay and Phonepe will get UPI Lite in the near future.

What is the maximum amount I can add to the UPI Lite Wallet?

You can store up to 2000 rupees on the UPI Lite wallet and pay up to 200 rupees per transaction. The amount you add to your wallet will be reflected in your passbook or statement, but UPI Lite transactions will not be reflected.

Make sure to activate the new UPI Lite feature on the BHIM app and get the most out of it. This way you will also make faster payments. Once the feature becomes available for more UPI apps like Google Pay and PhonePe, the feature will be even more popular.

Thanks for reading till the end of this article. For more informative and exclusive technology content, such as our Facebook page