3D renders of the Pixel 7 Pro smartphone have surfaced on the internet, giving us a glimpse of the phone’s overhauled camera module. Google is preparing to unveil its next flagship smartphones in the coming months. However, the rumor mill has already started producing speculation around the Pixel 7 series. Last month, the first renders of the Google Pixel 7 Pro surfaced online.

However, it’s worth mentioning here that this 3D concept video was inspired by the Pixel 7 Pro CAD renders that were originally posted on Steve Hemmerstoffer’s Twitter account (@OnLeaks). What’s more, recently surfaced concept art and renders imply that the search engine giant doesn’t plan to drastically overhaul the phone’s design. Moreover, the Pixel 7 series could retain the exterior appearance of its predecessor. However, there will be some minor changes in the camera setup.

Moreover, the upcoming Pixel 7 lineup is not expected to abandon the two-tone design. As a reminder, the three rear-mounted cameras of the Pixel 6 and 6 Pro were housed in the same array. However, the Pixel 7 and Pixel 7 Pro might adopt a slightly different design for the camera module. Previously leaked concept art and renders imply that the Pro model will sport two different cutouts. One of these cutouts will accommodate the main and ultrawide sensors. Likewise, the second cutout will provide space for the periscope camera. 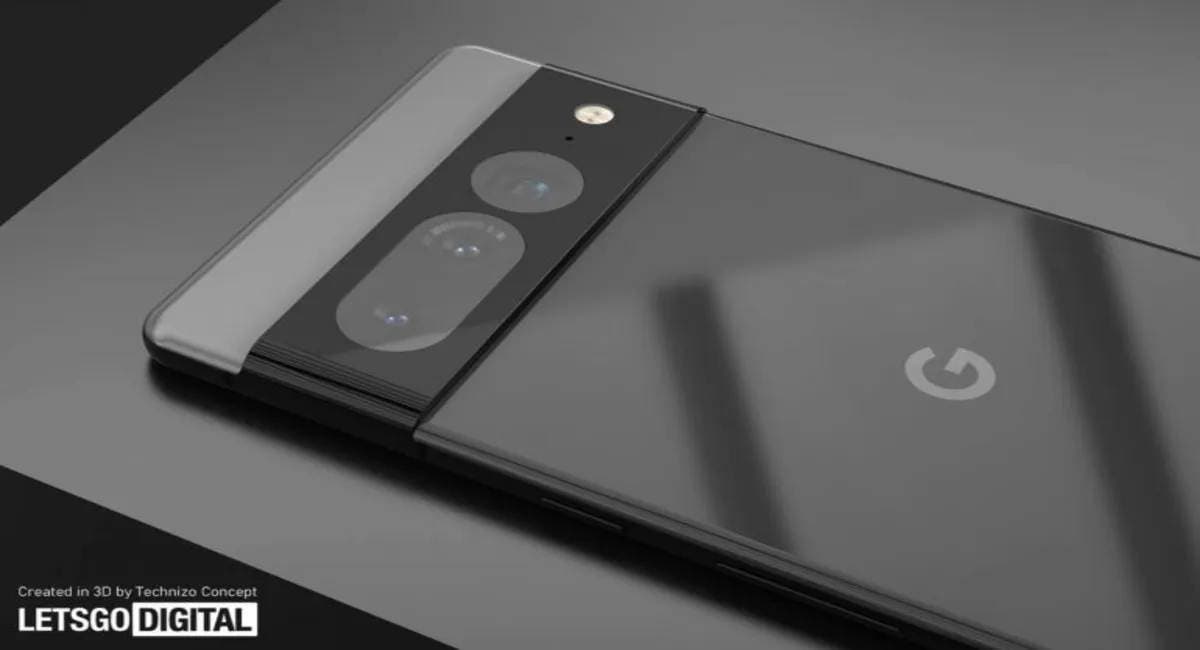 Unfortunately, details about the Pixel 7 series are still scarce. Nonetheless, a few details about Google’s flagship products continue to pop up on the web from time to time. These leaked details suggest that the phone will feature either a 6.7-inch or 6.8-inch curved OLED display. Moreover, the display is said to provide QHD+ resolution and support 120Hz refresh rate. Other than that, the display will likely house the fingerprint sensor.

Under the hood, the phone could pack a second-generation Tensor chip that incorporates Samsung’s Exynos 5300 modem. A report by 9to5Google claims that Google is currently testing a Tensor chip called Cloudripper. Additionally, the report states that the chip has the model number GS201. Last month, the Google Pixel 7 was spotted online with the Tensor chip and Android 13 operating system. Google reportedly referred to the Pixel 7 Pro and Pixel 7 as Panther and Cheeta.